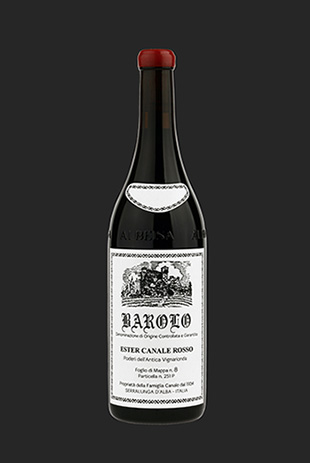 We want to tell you a story.

The story of a family and their Cru.

A story of affections and sacrifices.

A story of a handover. But above all, the story of a return to the roots.

Everything started at the beginning of the last century, with Tommaso Canale and his wife, Esterina: both shared a passion for wine and in the early 30s, with a typical pioneering attitude and huge economic sacrifices, they started to acquire some of the most beautiful vineyards in Serralunga, one of the best areas for viticulture in the Langhe, including, in 1934, the jewel, Vignarionda.

They worked hard, with courage, fortitude and determination, and even when hail threatened, each family member was ready to roll up their sleeves to contribute. Their sons Aldo and Amelio helped in the vineyards, their characters complementing one another perfectly.

Then came the war, and with it havoc and suffering, Tommaso dying in 1945. After this event, even in their grief, Aldo and Amelio had to be ready to face a new challenge together. The two brothers had inherited about 2ha of Vignarionda and after the war they came back to work the land, carrying on what their father had started.

They both knew they had not inherited just a piece of land, but also the same enthusiasm and love for wine with which they had been surrounded when growing up between the rows of Serralunga. As with their parents, Serralunga was in their blood, Vignarionda in their hearts. They replanted Vignarionda in 1946 and these same vines are still there, producing beautiful fruit for Amelio's grandson, Davide Rosso, to work with today.

Unfortunately Amelio died in 1963. His wife Cristina Canale and his daughter Ester tried to take care of the vineyard but they experienced difficulties: after the war the labour force had begun to move to the burgeoning factories of Torino, while the countryside was slowly being depopulated. Eventually mother and daughter were forced to make a bitter choice: give up their vineyard at Vignarionda. But both were aware of the fact that what had been achieved could not be abandoned so easily: Vignarionda belonged to the family. 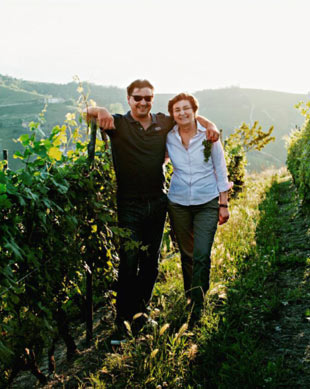 That strip of land was linked to generations of winemakers, united by a spirit of fraternity. So, thanks to the intervention of grandma Esterina, the plot was sold to Aldo, who continued to produce wine from this exceptional site and ensured it stayed within the family.

In 1998 Aldo was succeeded by his son Tommaso, who bore not only the same name but the same passion as his grandfather. The strong bond that had existed between Aldo and Amelio recurred between their son and daughter, cousins Tommaso and Ester, who supported each other. Tommaso shared his great passion with his nephew Davide Rosso, talking with him about their wine and vineyards at home in Serralunga, and always the conversation would turn to Vignarionda, even among all the family's plots, the first among equals.

In December 2010 Tommaso died suddenly, leaving a huge void in the family. But this latest setback brings with it the sense of a new cycle, repeating history, just as a vine comes back to life when spring takes the place of winter. On 23rd April 2011, ownership of Amelio's original plot of 0.85ha in Vignarionda passed to Azienda Agricola Giovanni Rosso, the winery founded by Ester's husband.

Thus, forty years after being forced to sell, Ester Canale is once again able to harvest grapes from the vines that she knew and walked among as a child.

This iconic parcel, no. 251P of map Foglio no. 8 of the commune of Serralunga, has been legendary for many years thanks to the grapes and subsequently the wine that Aldo and Tommaso sold to some of the greatest producers, most notably Bruno Giacosa, Giuseppe Mascarello…

Vignarionda, described by many journalists and commentators as the 'Romanée-Conti of Barolo', is home again.